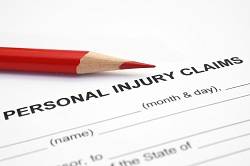 A major league baseball player is making headlines for all the wrong reasons. You may have heard about Francisco Rodriguez, a former New York Mets pitcher now with the Milwaukee Brewers. Rodriquez, known as “K-Rod,” pleaded guilty in the attempted assault of his ex-girlfriend’s father, Carlos Pena. The highly publicized offense took place in the Citi Field clubhouse in 2010.

Due to his injuries Pena has filed a lawsuit and is represented by Edward Gersowitz of the personal injury law firm Gersowitz, Libo & Korek. But Rodriguez failed to attend a court-mandated deposition hearing on the matter in September.

“We did not get a reason and I can only wonder whether it is an attempt to deny Mr. Pena his day in court,” Gersowitz told the New York Daily News.

Now Rodriguez is making headlines again after being arrested for domestic violence against another woman in Milwaukee, according to the Daily News.

Few cases are high profile like this one, but when famous celebrities are arrested for domestic violence it is a reminder of how widespread the problem really is. Victims can be any age, female or male, and each injured party deserves the strongest protection by a lawyer who will passionately fight for their rights.